Can You Go to Jail for Not Paying Taxes? - Tax Group Center 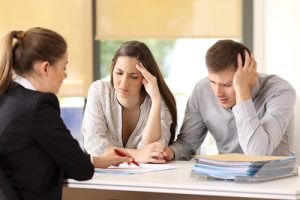 Recently, worldwide headlines reported on the arrest of John McAfee, an American tech expert, who was hiding out in Spain after committing severe tax evasion in the U.S. According to the Department of Justice, McAfee could’ve faced a maximum of five years in prison if found guilty of tax evasion.

But wait, can you go to jail for not filing taxes? Is the U.S. government really willing to extradite citizens who didn’t pay their taxes on time? In a nutshell, the bad news is that you can get arrested if you don’t pay your taxes. The good news is that it’s unlikely to happen to you unless you are intentionally evading the IRS and you owe a lot of money.

Do you need more information about what happens when you don’t pay taxes? Don’t panic! Learn everything you need to know about tax crimes and tax fraud below.

What Happens When You Don’t Pay Taxes?

So, what happens when you don’t pay taxes, and can you go to jail for not filing taxes? The first step in not paying your taxes usually involves not filing your taxes. What you need to know is just because you don’t file your federal taxes or state taxes doesn’t mean that the IRS doesn’t know what you owe. On the contrary—they know exactly how much income you earned and how much you really owe.

If you don’t file, the IRS may not take action right away, but in time, you’ll get a bill in the mail from the IRS that outlines how much you owe. Keep in mind that you’ll likely get hit with a penalty, too. Depending on how much you owe, you could have accumulated a massive penalty in the form of fees and interest.

Aside from this financial penalty, the IRS won’t immediately attempt to file charges against you. If you don’t take action after the IRS notification, though, that may change.

At this point, the IRS knows you didn’t pay your taxes. They also know that you know about your situation because they informed you via letter. They may start to believe that you are both knowingly and purposely refusing to file and pay your taxes.

You can face criminal charges for this type of tax crime. Willful and intentional tax avoidance is called tax fraud.

If you make a mistake but didn’t do it on purpose, then the IRS expects you to act. They expect you to contact them and work on resolving the issue. In these situations, the IRS won’t charge you with a crime, but they may still hit you with civil penalties in the form of monetary penalties:

These civil penalties may not seem like much, but they add up quickly. If you already know you can’t pay your tax bill, then ignoring it will only make matters worse.

A deliberate attempt to avoid paying your taxes by lying or falsifying information is considered a crime. You could be considered guilty of tax fraud if you lied on your tax form intentionally, falsified records, or misrepresented certain expenses. Income tax fraud is serious. If you’re found guilty, then you could be subject to three to five years of jail time.

But jail time isn’t the only thing you’ll have to contend with if you’re found guilty of tax fraud. You might also get hit with serious financial fines on top of the extra fines and penalties you’re already facing from the IRS.

Using an illegal tax shelter is evidence that you’re willfully and intentionally avoiding paying your taxes. A tax shelter is a type of investment that the taxpayer uses to reduce their overall income tax liability without actually changing the overall value of the taxpayer’s income or assets. Some tax shelters are legal, but many of them are nefarious. Putting money into an overseas bank account, for instance, doesn’t serve any legitimate purpose. Putting money into an employer-sponsored 401(k) program, on the other hand, would be considered a legal tax shelter.

Abusive and illegal tax shelters are investment strategies that reduce taxes unfairly. Sometimes large investors use specific counties, states, or regions that have a lower corporate or personal income tax rate. This is called a “tax haven.”

How to Avoid Tax Consequences

The above scenarios are all pretty frightening, especially if you don’t earn a huge amount of money to begin with. If you’re currently facing a large tax bill, remember this: It’s not a crime if you can’t pay your taxes on time. So long as you are not willfully or intentionally lying or avoiding your taxes, the IRS can’t file a criminal case against you.

Rather than avoiding the situation, you should respond to the IRS and consider the tax relief solutions available to you. Obviously, the best solution is to pay your tax bill in full, but that’s not always possible. If you can’t pay your debt right away, then you can likely enter into an agreement with the IRS.

Installment agreements allow you to pay off your tax bill over time, and other options like penalty abatement can help you reduce any fees you’re facing due to late payment. If you’ve been struggling to pay off your back taxes for a while or you owe a very high amount, then you should research whether the IRS Fresh Start Program can help.

If you enter into any of these agreements, then the IRS is unlikely to continue attempting to collect from you. Instead, they’ll wait for you to adhere to your side of the agreement and start making payments. If you default on your payment plan, however, the IRS may re-initiate those tax consequences.

So, Can You Go To Jail for Not Filing Taxes?

So, can you go to jail for not filing taxes in the U.S.? To make the answer as simple as possible, you can get arrested for not filing your taxes. Your actions must be willful and intentional, though, which means you won’t simply get arrested off the street. You’ll have ample opportunity to settle your debt or at least get into contact with the IRS to prevent an arrest.

In most cases, you can reconcile your tax debt and avoid the consequences of tax crimes. There are legitimate tax planning and tax avoidance measures, but flat-out refusal to pay what you owe is considered a criminal act.

Leave your tax worries behind with expert guidance from a team that has 30 years of experience working with the IRS. Contact us today!

By using our site you agree to the storing of cookies on your device to enhance site navigation, analyze site usage, and assist in our marketing efforts.OkNoPrivacy policy